Water World Week: What did we learn?

By the time it takes you to read this blog, eight children in developing countries will have died from water-related illness. According to the United Nations and World Health Organization, more than a billion people lack access to potable water and half of humanity will be living with water shortages in 50 years. ITT, like many leading global corporations, has made a commitment to help deliver potable water to people and communities worldwide through its ITT Watermark program, it’s support of World Water Week and the sponsorship of the Stockholm Junior Water Prize, which was awarded this year to Alison Bick from the United States.

Since 1991, World Water Week has focused the world’s attention on water issues during a week long summit in Stockholm. The Stockholm International Water Institute (SIWI) organizes and sponsors the event, which has a current three-year theme spotlighting Responding to Global Changes. Water Week 2011 began August 21st and runs through August 27th. With 29,000 children dying in a recent three-month span due to severe drought conditions in Africa, the conference reinforces the importance of updating and changing water policy to coincide with world demand.

As horrific as the crisis presents, lifestyle changes don’t need to be extreme to make a difference. Here are just a few ways you can bring about change in your daily life.

To convince others to do something, you must be willing to take the lead. Take shorter showers, use grey water, wash dishes by hand and fix leaks. These are just a few inexpensive and simple ways to make a difference. People are more willing to make lifestyle changes when they see others doing the same. It’s one thing to tell someone to shorten their shower. It’s much more relevant to talk about how you and your family are using timers to make a game of shortening showers in your home.

Additionally, smarter use of hvacr & water systems provide efficiency, energy-savings and create cost-savings that pay forward and create a daily change. A product like the state-of-the-art ecocirc, which uses 68% less energy than most standard pumps and can save an average family of four more than 12,000 gallons of water a year by eliminating the need to wait for the water to get hot. Using only 10 watts of power, the equivalent of a small nightlight, the ecocirc can save a homeowner hundreds of dollars in energy costs a year.

Talk about the world’s water crisis to anyone and every one. Unfortunately, some of the most relevant stories never make the mainstream media’s front page. Even in our highly informative society it’s possible for many to remain unaware of what goes on in other parts of the world. Ask friends and family if they have heard about the water needs in other countries and how change can be made. If you interface with children, Water.org offers great lesson plans to teach about the water crisis.

Use Social Media to Spread the Word

NGOs, OEMs and Non-profits are seeing the major benefits of social media channels such as Facebook, Twitter and blogs as great places to discuss and promote causes like World Water Week. An example is that we dedicated our social media network at ITTH2OPros to the important information, activities and events surrounding this year’s World Water Week.

While the fragile economy weighs heavily on many minds, it takes so little to make a difference. Five dollars may seem insignificant, but when an office of twenty workers donates a dollar it quickly becomes $100. From there a campaign can spread until it becomes a viable source helping organizations like Watermark, MercyCorps, Water.org and Charity:water help those in need.

How do you and your family and business conserve water?

Mobile apps to help you have a greener home & business

Everyday Energy Tips helps you eliminate waste and shows you how you can save on your utility bills with everyday energy saving tips.   Save H2o helps people understand all aspects of their restroom water usage. In just seconds you can calculate your savings.   Waterprint calculates how much water is imbedded in your daily activities, including what you wear, eat and drink.   The Responsible Bathroom app raises awareness for water conservation and provides tips to make your home and business more water friendly.   Drip Detective shows you exactly how much water is running down your drain and the cost associated with any water leak.   Water Buddy keeps a history of your water meter readings and provides an instant overview of your usage and whether you are keeping within your target.   One Stop Green allows you to receive daily green tips, includes a solar, wind, water, and lighting calculator and lets you conduct home energy audits.   myUse tracks water, electricity and gas usage and estimates your upcoming usage, so that you can make simple adjustments to conserve. 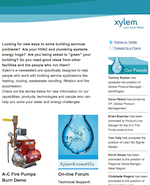